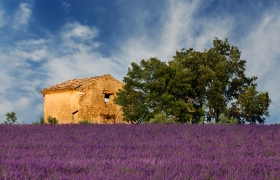 Provence is a region in the South-East of France that has an upper border along the Swiss Alps and Italy and a Southern border that is the Mediterranean Sea.  Geographically the region begins in the high altitude Alps and ends on the sandy beaches along the Mediterranean Sea.  The diversity between mountain sea make exciting and spectacular views for visitors that are rich in micro climates.  The higher elevations villages are also a rich and diverse group of hill farmers and grazing animals.  This is the area of Provence where cheese and seasonal crops are integrated with the casual lifestyle and seasonal pasturing of flocks.

River Cruising through the Provence region waterways is a delight.  The area has a deeper history then almost 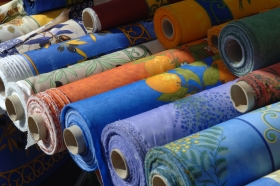 anywhere else in Europe.  The difference in architecture is as complex as the geography.  Like a king, the River Rhone descends from its lofty place of origin and meanders through the lesser hills until  it makes its way through the  flatter country to the sea.   The thrilling bends of the river follow the trails of glaciers long since melted and as time has passed villages and cities have risen where once there was  only ice.

The lesser hills and the flatter territory are where more of the living occurs.  There the grapes and food crops flourish in the Mediterranean climate along the Rhone Valley. 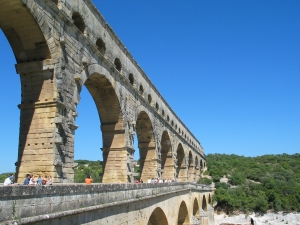 These are also the areas in which the ruins of past regimes, battles and evolution can be seen.  There is much to see and do in Provence and barge cruises offer the best to visitors who which to experience this beautiful land.    The culinary tastes of the region vary greatly especially outside of the Rhone Valley where growing lush crops is nearly impossible.  Chief ingredients of the rural areas include olives, olive oil, garlic, fish, lamb, goat, and cheese.  Despite the lush gardens the regional food is something to behold and savor. This is where the past meets the present and the food here is hearty and full of flavor. Truly something to enjoy.

For visitors who are traveling to France for the first time or who have been through other regions of France, Provence is a region that is a must to visit.  There is so much that here both historically and culturally that visitors will leave to go home and still reach out for more.  The simple lives of the rural people exude a richness that many other countries miss.