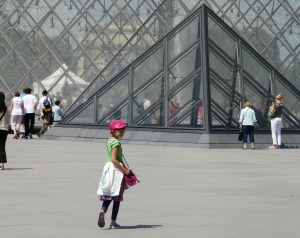 Planning a visit to the Louvre, the world’s largest museum, can be a daunting task, especially with children. From the long entry lines to the equally long, art-filled hallways, it’s no surprise that many young children quickly become impatient, overwhelmed and just plain bored. Parents, meet your solution: the Paris Muse Clues Tour.

“Paris Muse Clues: A Family Tour for Young Treasure Hunters” turns your children into art detectives. Using their observation skills, children solve mysteries and unlock clues that will lead them to an educational prize hidden somewhere near the Louvre’s famed glass pyramid.

Run by Muse Tours, an English-language museum touring company based in Paris, “Muse Clues” is an engaging and fun introduction to the Louvre. Tour size is limited to just five people. This reflects Muse Tour’s commitment to individual education and personalized interaction in an age of over-processed and packaged travel. Says founder Ellen McBreen, Muse Tours are “a meaningful alternative to being herded around in big, impersonal tour groups.” 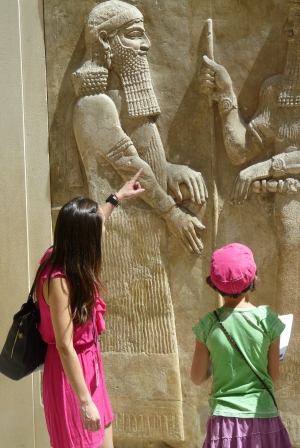 children. Children can easily get lost in the shuffle of a larger tour group, especially when the tour’s content is geared towards adults. A personalized tour keeps children engaged while making centuries-old art accessible and interesting.

In addition to “Muse Clues”, Muse Tour’s offers two other popular family tours. “If Buildings Could Talk” is a fun-filled activity walk for families retracing the footsteps of famed storyteller Victor Hugo, back to Notre Dame Cathedral, made famous by Hugo’s story “Hunchback of Notre Dame”. “Notre Dame for Families: Stories in Stone” unlocks the secret’s of Notre Dame’s architecture and history for young children.

Exploring the world’s most famous art museum on a treasure hunt? Investigating century-old secrets in Paris? That’s family-friendly fun for kids and adults!

We caught up with the Williams family, fresh from a week long family vacation in Paris, and got all the details on their “Muse Clues” tour. Here’s what parents Olivia and Brad had to say about taking the tour with their two children, aged nine and twelve.

Why did you book the Muse Clues tour?
We had both been to the Louvre before and wanted to introduce our children to the museum. However, between the long entrance lines and large art collection, we feared the experience would be overwhelming for our kids. We’d read great things about the Muse Clues tour online and the reviews did not disappoint!

Tell us about your tour.
Our guide, Mary, met us at the Louvre and escorted us past the line. Skipping the long line 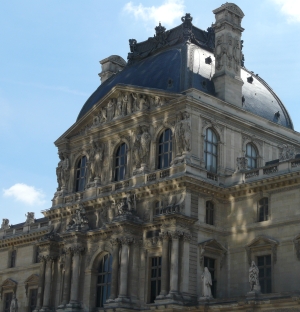 (wait times were about an hour when we arrived) was worth the tour price! Mary gave our kids two “Top Secret” treasure hunting books filled with clues. As Mary took us around the Louvre, our kids searched for answers to the different clues. The tour lasted two hours, which was the perfect amount of time to see the Louvre’s highlights without all the artwork overwhelming the kids – or us! The two hours really seemed to fly by, but we never felt rushed.

What did your kids think about the tour?
They loved it! Our son, who prefers to spend his time playing video games, really enjoyed the treasure-hunting aspect. Playing detective and searching for clues kept him engaged and excited for the full two hours. Our daughter told us it was her favorite part of visiting Paris. The kids loved the special “treasure” they discovered at the end after answering all their clues. 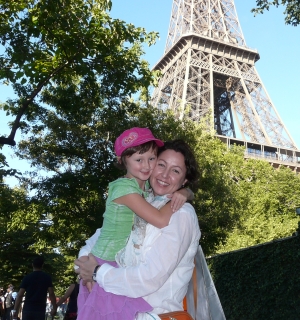 What did you do after the tour?
The Louvre is located right by the Tuileries gardens, so we let the kids run around a bit after being inside the museum. Our son loved renting the toy sailboats to play with in the fountains. Chocolate crepes and waffles with whipped cream were a huge hit! We strolled across the Pont Neuf Bridge and enjoyed a dinner cruise along the Seine right at sunset.

Would you recommend ‘Muse Tours’ to other parents? Absolutely! Even though we have both been to the Louvre before, we learned new things about the paintings and the museum’s history, and our children had a blast. The tour was worth every Euro we spent!

This blog is brought to you by The Barge Connection, barge vacation specialists since 1998.

Monet, Renoir and Van Gogh travel to the Mediterra...
City of Perfume