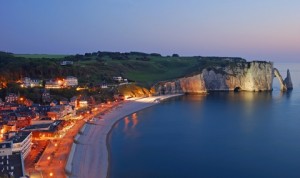 Old abbeys, vibrant artists' gardens, historic beaches and charming fishing villages: Normandy, located just one to two hours from Paris by coach or rail, offers all that and more. Normandy, situated along the English Channel in northern France east of Brittany, is a fascinating region, rich in history, art, architecture and food.

A Little about Normandy
Normandy is made up of two distinct regions. The northern part of the province is noted 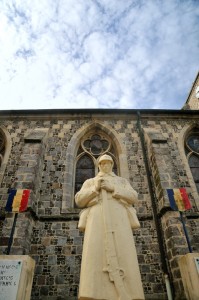 for its maritime pursuits, its small fishing villages and its beaches. The southern portion is mostly rural, home to large dairy farms, horse farms and apple orchards. You're sure to enjoy the food and drink of this region. Normandy is famous for its cheeses, apple cider and calvados, a liqueur made from fermented apples. Very tasty!

Things to Do in Normandy
There's plenty of interesting things to do in Normandy. Chief among these is visiting the WWII beaches, where the British, Canadians and Americans landed on June 6, 1944, a major turning point in the war and the campaign that led to the liberation of Paris. Today, you can take a narrated tour of Omaha, Utah, Gold, Juno and Sword beaches and visit the nearby cemeteries of American, Canadian, British and German men who lost their lives there. 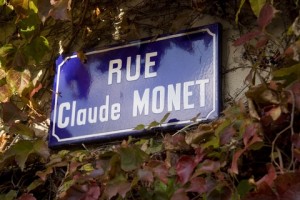 Another popular Normandy attraction is Giverny, the former home of artist Claude Monet. The simple cottage is now a museum and visitors can walk throughthe elaborate gardens and around the pond that inspired his "water lily" series of paintings.

Other Normandy attractions include the small island fortress and abbey at Mont St. Michel, the Medieval tapestry at Bayeux that depicts the Normandy invasion of Britain in 1066, the historic old town and cathedral of Rouen, and dramatic white cliffs along the English Channel coast from Le Havre to Dieppe.

What's New in Normandy
The next year two years 2013 and 2014 will be a particularly exciting time in Normandy. A variety of special events are being hosted in the region. Among them are: 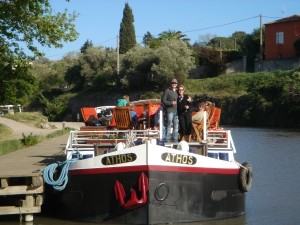 Combine a Barge Cruise with a Visit to Normandy
One of the best ways to begin or end your tour of Normandy is on a peaceful, slow-moving canal barge. You can book per cabin or bring some friends or family and charter a barge for as few as 4 up to 14. The barges feature superb cuisine, spacious staterooms and a sun deck and lounge. Among the advantages of a barge cruises are the fantastic views of the countryside as you pass through France and enjoying the camaraderie of a small number of fellow travelers. With a barge cruise, you don't have to worry about extra expenses. Most of your tour elements, such as food, transportation, sightseeing, accommodations and even wine, are included. Consider a leisurely trip along the Canal du Bourgogne, a journey among the palatial chateaux of the Upper Loire or a meander through France's Alsace or Bordeaux wine country. 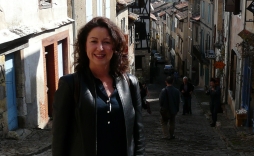 throughout France, all of which combine nicely with the special Normandy events of 2013-2014. The California-based Barge Connection has been creating memorable barge cruise vacations since 1998 and has grown to be one of the leading barge cruise companies in the United States. We excel at matching you with the perfect barge cruise to fit your interests and your budget. One call to us takes care of everything, from the cruise to any pre- or post-cruise arrangements.

Five Amazing Experiences in the French Riviera
15 Must Have Travel Apps: Don’t Leave Home Without...