The Secrets of Roquefort - Barge Connection

The Secrets of Roquefort 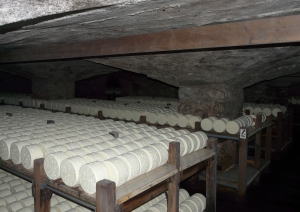 If you only think of salad dressing when you hear the word, "Roquefort," think again. Roquefort, offers much more than just cheese-making. The town of around 700 residents is set in the rolling hills of the Midi Pyrenees region of south-central France, and features dramatic hiking trails, historic chateaux and remnants from French history, dating back to the Roman era. 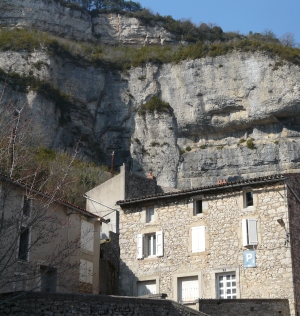 park, perched dramatically on the side of the Combalou cliffs (A limestone plateau). This area creates the "perfect storm" of damp weather, hearty sheep, and caves in which to age cheese. 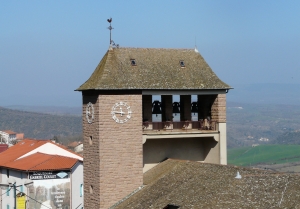 Made from ewe's (female goat's) milk of the Lacaune breed of sheep, Roquefort cheese is a soft, blue-veined cheese to which a type of rye bread mold (penicillium roqueforti) is introduced. After being injected with the mold, the cheese rounds are allowed to age in the caves surrounding the Aveyron Valley, for between three and six months. The result is a salty, butter-rich cheese with green-blue veins. Major Roquefort producers include Roquefort Societe, by far the largest producer in the world, and Papillon, a company that also makes its own rye bread to mold, thus controlling the entire cheesemaking process. Together the seven cheese companies produce an average of 3.3 millon Roquefort cheese rounds each year. 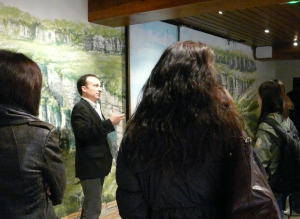 production to the aging to the packaging and sales process. A visitor center in the heart of the city tells the history of Roquefort cheese and its production over the years and gives visitors an opportunity to sample and purchase the product. (Be aware that USDA and customs laws prohibit travelers from bringing soft cheeses back into the United States; you'll have to consume your cheese in France. That shouldn't be a problem with this excellent cheese.) Societe the largest Roquefort producers says "Taste the pleasure of the legend". The caves where the cheese is aged are also open to the public. Be sure to dress appropriately when touring the caves. They can be a bit chilly and damp.

In addition to the visitors center, caves and cheese producers, Roquefort-sur-Soulzon 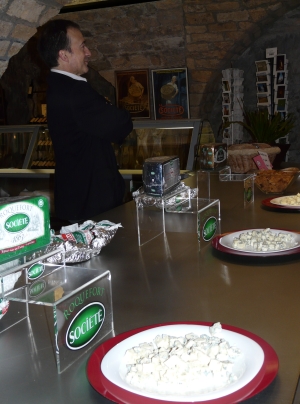 offers an archeological museum that features artifacts from prehistoric times and the Roman era, a winery and a former abbey of the Templar knights. Not far away you will find the Millau Viaduct, which is the worlds tallest bridge, located above the town of Millau. Another fun visit if you are in the area.

In June, Roquefort-sur-Soulzon celebrates its cheesemaking heritage with the Roq'Folies, a weekend festival that includes meals, cheese samples, children's activities and fireworks.

As you would expect in this culinary capital, dining is a favorite past time in Roquefort-sur-Soulzon. Popular restaurants include Le Combalou, located in the heart of town, and Les Aiguieres, which features a whole menu of items made with Roquefort cheese.

Specialties of the region include cassoulet, that tasty casserole made with beans, sausage, 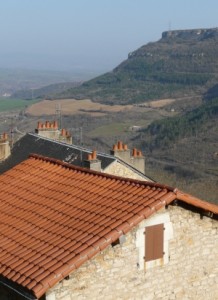 ham, pork and onions; the thousand-layer dessert tarte made with honey; and olive tapenade. In addition to cheese, favorite foods from the region include honey, truffles, and olive oil.

Roquefort-sur-Soulzon is a short drive from the waterways of the Midi Canal, whereby you can meanderer along canals by barge and visit smaller villages of the countryside. This is a fun vacation to incorporate with any trip to France. Some visits will include the walled Roman city of Carcassone and the open markets of Beziers and Narbonne. 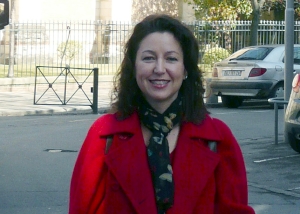 So the next time you think of great Fromage, don't forget the unique and tasty Roquefort. This blog post was brought to you by The Barge Connection. We have been matching travelers with relaxing and interesting barge vacations since 1998.