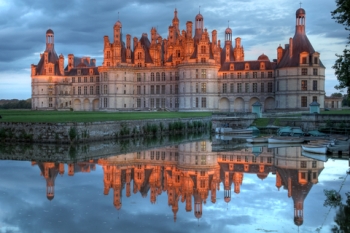 The word chateau rolls off the tongue with a flourish and conjures up images of stately French manor homes or grand castles set amid splendid manicured gardens out in the country. In some areas of France, especially Bordeaux, the word chateau can also be used in reference to a vineyard estate where wine is produced. The French chateaux, especially the larger and more ornate ones, are some of the most spectacular pieces of architecture in the world.

For many, visiting a chateau while in France is a dream come true. These ornate 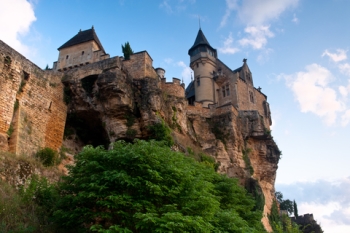 structures with their spires, steeped roofs, and fancy towers are a glimpse at France's past and take visitors back to a world of unbelievable opulence and elegance.

While many magnificent chateaux can be found throughout France, one of the best destinations to see a number of these gorgeous structures is the famed Loire Valley, which is a UNESCO World Heritage site. This lush valley is dotted with more than 300 of these grand chateaux.

Five Chateaux Worth a Visit 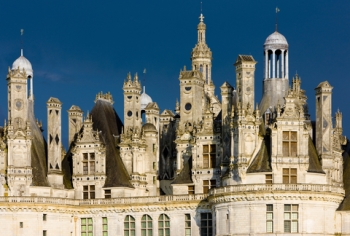 Chateau de Chambord
Boasting 440 rooms, this is the biggest castle in the famed Loire Valley and was, unbelievably enough, once a mere hunting lodge for King Francois I. This chateau boasts a distinctive double helix staircase, which was supposedly designed by Leonardo da Vinci.

Over the years, this magnificent chateau, which overlooks the Loire River and is surrounded by a huge 13,000-acre park, has been abandoned and restored a number of times. Thankfully, it finally ended up in the hands of the French government in 1932. Today, Chateau de Chambord -- which was the inspiration for the castle that belonged to the Beast in the animated Disney classic film, "Beauty and the Beast" -- welcomes more than 700,000 visitors a year to its spectacular grounds.

Chateau de Maisons-Laffitte
Chateau de Maisons-Laffitte, which was built between 1630 and 1651, is located in a suburb of Paris and sits on a hill overlooking the Seine River. This chateau is so stunning that a Chinese multi-millionaire recently decided to spend $50 million to build an exact replica of it in Beijing. This beautiful baroque-style chateau is located just minutes away from Paris, making it one of the easiest to visit for most travelers to France.

Chateau de Pierrefonds
This 132-room, extensively renovated medieval chateau is one of the most impressive and 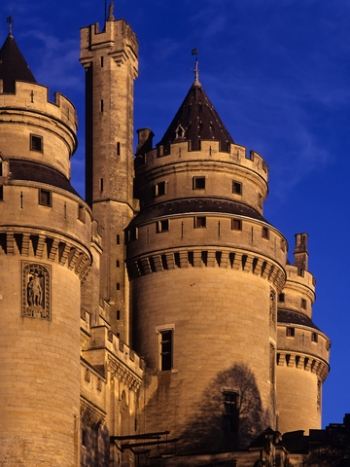 imposing fortified castles in France. It is a grand chateau set high on a hill on the edge of the Forest of Compiegne. The Chateau de Pierrefonds, which boasts a commanding presence, has been used since 2008 as the setting for a BBC series, “Merlin.”

Chateau de Chenonceau
Chateau de Chenonceau, which is located on the quiet River Cher, was originally built in the 11th century, but it wasn’t until the15th century that it began to take on its current impressive shape. This stunning castle, which features a stunning arched bridge and gallery over the River Cher, is arguably the most photographed chateau in the Loire Valley. Chateau de Chenonceau is sometimes referred to as the “ladies chateau” because a number of women were instrumental in its creation, including both the mistress and wife of King Henri II. 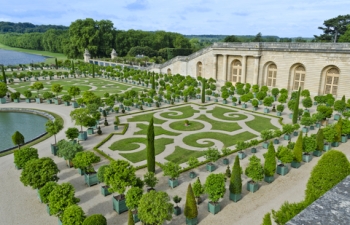 Chateau de Versailles
This magnificent and famous 700-room chateau is one of the most visited sites in France and is on the UNESCO World Heritage List. Versailles was once the hunting lodge of Louis XIII. But between 1682 and 1789, it became the seat of government for France. It is a storied landmark that was also once home to Napoleon Bonaparte.

Gorgeous Versailles is famous for its lavishly Grand Apartments, Hall of Mirrors and its spectacular Palace Gardens. Because Versailles is only about 20 minutes away from Paris, it attracts approximately 3 million visitors a year.

Staying in a Chateau
In addition to visiting famous historic chateaux in France, travelers can 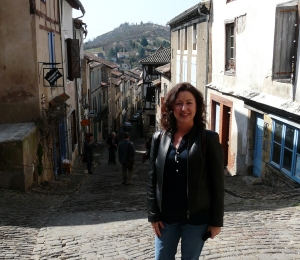 also choose to stay in a smaller, privately owned one. Many of these stately country manors now offer rooms for guests who either want to experience a night or two in a castle or would like to enjoy an out-of-the-ordinary bed and breakfast stay. Large groups may even want to consider renting a whole chateau for their party for a week or two.

This blog on French chateaux is presented to you by The Barge Connection, your source for barge vacations since 1998. In addition to helping you plan the perfect barge or riverboat vacation, our experts can also help arrange pre- and post-excursions for your traveling party.