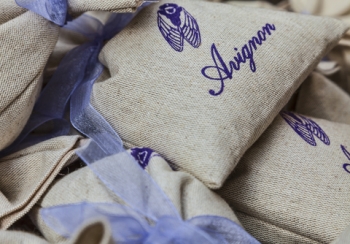 The History of the Bee Symbol
The ubiquitous Provencal bee has its origins in the old 1st century Merovingian dynasty. Childeric I, the father of the French hero, Clovis I, was the first French king to use the bee as a symbol. The bee is believed to be one of the oldest symbols of French royalty.

Despite its ancient origins, It was during Napoleon's reign that the bee symbol 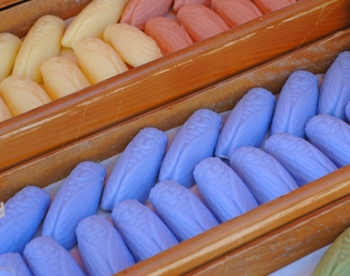 became widely used in France and in Provence. Napoleon, who was something of an upstart, sought to give the impression of legitimacy by tying his government to that of the ancient kings with symbolism. The bee was part of that effort. Since Napoleon was from Corsica, his symbolism was used more in the provinces along the Mediterranean Sea, such as Provence.

More recently, the bee has become a symbol not only of France, but of the region of Provence. This area is a major honey producer as well as a grower of flowers, such as lavender, that find their way into perfumes, soaps and other bath products. The bee personifies this agricultural strength.

The original bee was actually shaped more like a cicada than a bee, but the symbol has evolved to be more of a honeybee shape.

Beyond the bee: other French symbols
Of course, the Bee of Provence is not the only symbol you'll encounter when you visit France. The French have used symbolism in their art, architecture and design since the earliest recorded history. Below are just a couple of the most common French symbols: 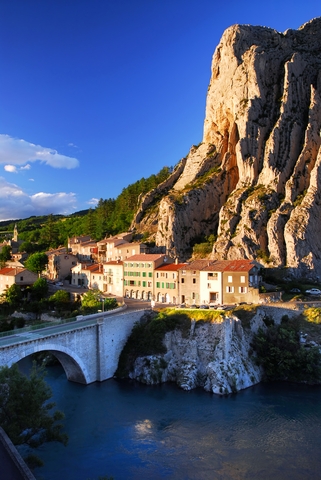 Visiting Provence on a barge cruise
A barge cruise is an excellent way to visit the lavender fields and off-the-beaten-path areas of Provence and other regions of France. Such cruises take a leisurely pace across some of the most pristine countryside in the south of France, where you can see Roman ruins, historic cities, wineries, perfume factories and, of course, bees. On a barge cruise, you're never very far from the shore, so you can relax and enjoy the changing scenery without having to even venture off of the vessel. One price includes your accommodations, meals, wine with dinner and sightseeing.