Food and Wine Festivals
What better place to celebrate food than in France? Visitors and residents alike have plenty of food festivals from which to choose. Below are just a few of the highlights:

Music Festivals
If you don't think of France as a music powerhouse, you should think again. The country

has a long history of musical excellence, in genres from jazz to classical to folk music. Several festivals celebrate this history.

Literary Festivals
France's literary heritage is well-known. After all, the country was the home of such writers as Victor Hugo, Emile Zola, Andre Malraux and Jean Paul Sartre, not to mention ex-patriots like Ernest Hemingway, James Joyce and F. Scott Fitzgerald. 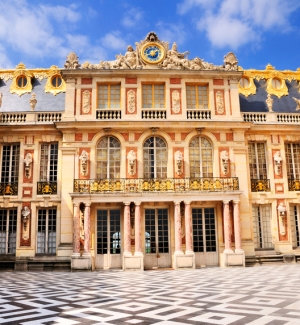 Arts and Film Festivals
Fine art and film are practically synonymous with France. The country celebrates with festivals large and small, including the world renowned Cannes Film Festival.

One-of-a-Kind Festivals
Not every type of festival fits nicely into a category, including the French independence day celebration and the winter carnival in Nice.

This blog was brought to you by the Barge Connection. Creating memorable barge cruise vacations since 1998. We excel at matching you with the perfect barge cruise to fit your interests and your budget. One call to us takes care of everything, from the cruise to any pre- or post-cruise arrangements. Call us or visit our website for more information.

Tasty Cheeses of France
First Impressions Aboard the Anjodi