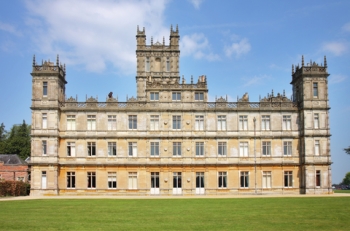 History of Highclere Castle, the real Downton Abbey
Highclere castle (pronounced High-Clear), the country seat of the Earl of Carnavon, is located in Hampshire, England, about 100 miles west of the center of London. The 1,000-acre estate has been the home of the Earl of Carnavon/Herbert family since 1679. Before that, the site was home to the medieval Palace of the Bishops of Winchester, but the land was forfeited to the crown after King Henry VIII split from the Roman Catholic church in 1529. (In fact, most historical British estates were once church property.)

In addition to the main house, which has 50 bedrooms, the property is home to several 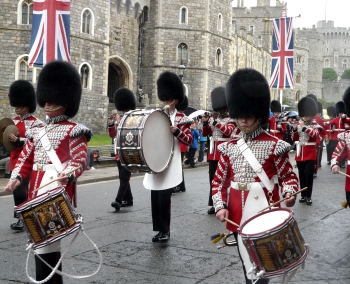 "follies," whimsical structures made to accept the grounds and gardens.

Some of the story lines in "Downton Abbey" follow the true history of Highclere. For example, Lady Almina, the 5th Countess of Carnavon, transformed a portion of Highclere into a hospital during World War I. 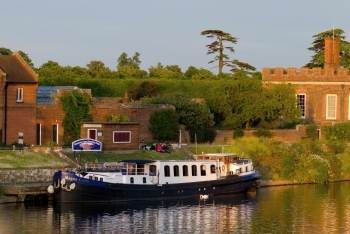 This summer, you can take a barge cruise to historic Highclere Castle, the real Downton Abbey. The Barge Connection is offering a six-night cruise aboard the eight-passenger deluxe barge, the "Magna Carta." You are transferred to and from London and sail leisurely down the Thames River. In addition to a stop at Highclere Castle, the cruise calls at Runnymede, where King John signed the Magna Carta in 1215; Windsor, home to Windsor Castle, built by William the Conqueror and still used by the royal family; Cliveden, the palatial former house of the Astor family; and Oxford, home to Oxford University, before returning to London.

Highclere Castle isn't the only famous film site that you'll visit on the cruise. The itinerary includes a private tour of Dorney Court, a beautiful Tudor home on the banks of the Thames where "Elizabeth, the Other Boleyn Girl" and the Agatha Christie's series "Poirot" were filmed. There's also a visit to Hampton Court Palace, where King Henry VIII lived and a filming location for the Academy-Award-winning movie "A Man for All Seasons." For just a day, you can pretend that you're the lord or lady of one of these spectacular estates.

The cruise aboard the "Magna Carta" includes all meals and beverages. And, these 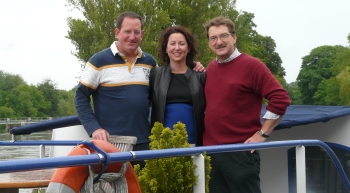 aren't just any meals. The boat's master chef makes good use of local produce to create delicious meals that not only taste good, but help you learn more about this region of England. The cruise price also includes all entrance fees and there are bicycles on board, so you can explore a little on your own.

This blog was brought to you by The Barge Connection. Specializing in barge vacations since 1998. We offer a large selection of barge cruises throughout Europe.

First Impressions Aboard the Anjodi
Bastille Day in France, a Memorable and Entertaini...