Cognac Is More Than Just A Delicious Brandy - Barge Connection

Cognac Is More Than Just A Delicious Brandy

A host of food and beverage products have originated in France. There's roquefort cheese, Champagne and truffles, just to name a few. Another of these French exports is cognac, the distilled brandy that comes from the region of the same name in southwestern France.

What is Cognac?
Cognac is made by double-distilling wine grapes and allowing the mixture to age for at least two years. To truly be cognac, this brandy must be produced in the French region of Cognac using 90 percent "ugni blanc" grapes that have been grown in the region. These grapes are very dry and acidic and would make a virtually undrinkable wine. However, their character changes completely after the distillation process and they produce one of the world's most coveted after-dinner drinks.

The process of making cognac begins with pressing the grapes, similar to how wine 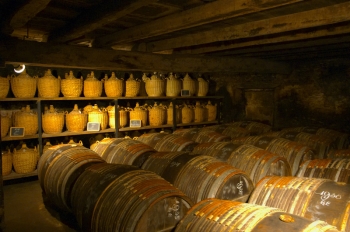 is made. The juice is then allowed to ferment for two to three weeks, with no extra sugar or yeast allowed to be added. Next, the juice is distilled twice in a traditional copper still called an "alembic." The result is a clear "eau de vie" of about 70 percent alcohol. This liquid is then aged in Limousin oak kegs before it can, by law, be sold to the public as cognac. However, most cognac, like wine, gets better--and smoother--with age and most is aged much longer than two years.

Cognac facts
Just how much do you know about Cognac? For instance, did you know that... 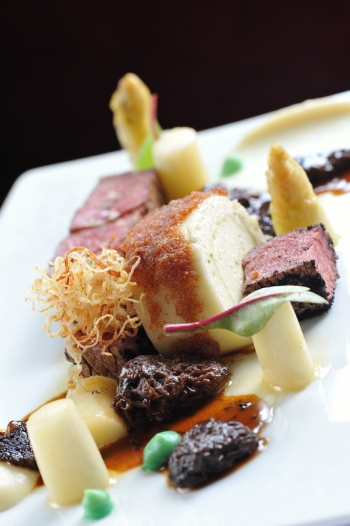 Cooking with Cognac
Cognac adds a complexity to many French dishes. It is usually added towards the end of the cooking process to pan sauteed dishes.The cognac is often set afire briefly to use up all of the alcohol, leaving only the flavor of the brandy. One of the classic French dishes using cognac is "coq au vin" (chicken in wine.) The cognac is added at the very end to finish the dish. This recipe by Julia Child is particularly good one.

Cognac can also be used for the French cooking technique, deglazing. This is where the meat is removed from the pan and the remaining liquid is heated until just a small amount remains. The cognac is then poured into the pan and swirled, combining it with the concentrated juices from the original cooking process. The resulting liquid is then poured over the meat as a sauce.

Visiting Cognac
There's a lot to see and do in the region of Cognac. Visitors to this area can tour distilleries, 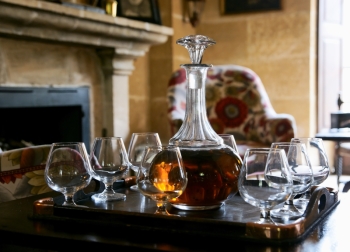 learn how cognac is made and, of course, sample what the author Victor Hugo called the "liquor of the Gods." There's even a "cognatechque," where visitors can see and buy more than 450 different cognac, all in one location.

However, the Cognac region has more to offer than just brandy. The area is steeped in history. This is where King Francis I (one of the founders of the French Renaissance movement) was born. His birthplace, the Chateau de 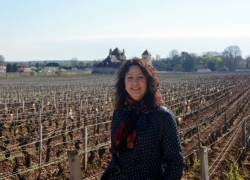 Cognac, is a now a distillery and welcomes visitors. There's also an historic old town neighborhood with cobblestone streets and half-timbered houses. You can also take a cruise on a garberre, one of the wooden, flat-bottomed boats that were traditionally used to transport salt, cognac and produce to market.

This blog was brought to you by the Barge Connection. Creating memorable barge cruise vacations since 1998. We excel at matching you with the perfect barge cruise to fit your interests and your budget. One call to us takes care of everything, from the cruise to any pre- or post-cruise arrangements.