Cassoulet a Regional Delicacy of the Languedoc - Barge Connection

Cassoulet a Regional Delicacy of the Languedoc 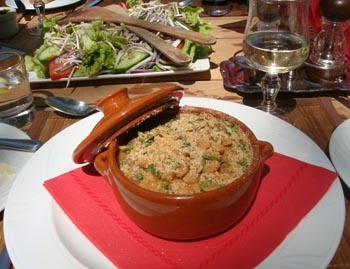 One of the best things about visiting the south of France is having the opportunity to savor the various foods and wines of the region. One of the most famous--and most delicious--traditional dishes of the Languedoc region is cassoulet, a slow-baked mixture of meat and beans with a rich history.

What is cassoulet?
Cassoulet is a traditional dish of the Languedoc region of France. Although each cook has his or her special variation, the dish is generally made with meat (usually duck, pork sausages and/or goose), pork skin and white beans. Tomatoes, chicken broth, garlic, duck fat and white wine from the region are also sometimes added, and the combination is slow roasted for several hours. The dish's ingredients may sound exotic to American cooks, but this is a traditional peasant dish, made with what farm kitchens generally had on hand--preserved meats from local hunters and beans from the farm garden. 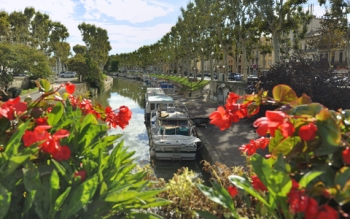 Caselnaudary was under seize by Edward, the "Black Prince," Prince of Wales and heir to the English throne. The story goes that Edward intended to starve the town citizens, but being resourceful, they brought all of the food from their cupboards to the center of town where a large cauldron was set over a large fire. The resulting dish was cassoulet.

Savoring cassoulet in France
Castelnaudary is a popular stop a barge cruise along the Canal du Midi. This 150-mile-long historic canal connects the Garrone River with the Mediterranean Sea. It was built in the 17th century as a shortcut between the Atlantic Ocean and the Mediterranean, one that bypassed the notorious Barbary Coast pirates. 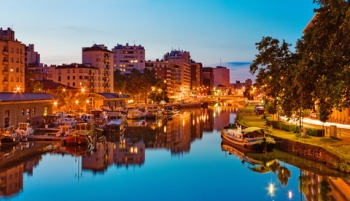 The canal, which has 91 locks, originates in Toulouse and ends at the Mediterranean Sea near Sete. Popular stops along the route include Narbonne, the walled city of Carcasonne and Castelnaudary, the birthplace of cassoulet.

Making cassoulet at home
Of course, you don't have to travel to France to enjoy cassoulet. American chefs can make it at home. To create your own version, start with the following ingredients:

To begin, soak the beans overnight in enough water to cover them. The next day, heat 2

Tbsp of the fat or oil in a large Dutch oven over medium heat. Add half of the garlic and half of the onions and saute them for about 10 minutes. Add the ham hocks, the beans and the water and bring to a boil. Reduce the heat and simmer for around 1 1/2 hours.

Remove the ham hocks, allow them to cool, remove the meat from the bone and chop into 1" pieces. Heat another 2 Tbsp of the fat or oil in another Dutch oven. Brown the pork for around five minutes. Add the pancetta, the remaining onions and garlic, the herbs and the wine. Cook until the mixture has reduced by half. Add the chicken broth, bring to a boil, reduce the heat and simmer for around 1 1/2 hours. Set this Dutch oven aside.

Heat an oven to 300 degrees Fahrenheit. Combine the two mixtures in one large earthenware casserole. Sprinkle the bread crumbs and remaining fat or oil on top and bake for around three hours. Brown the top under the broiler for five minutes, watching carefully. 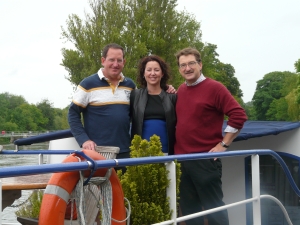 This blog post was brought to you by The Barge Connection, a leading provider of barge vacations since 1998. We offer a variety of barge cruise vacations along the Canal du Midi, in France and throughout Europe. We pride ourselves on our ability to choose a barge cruise for our customers that matches their interests, lifestyle and budget. Contact us for more information www.bargeconnection.com.

The Chateau Life
Longest Rivers and Canals of France