Brittany is a Region all it's Own - Barge Connection

Brittany is a Region all it's Own 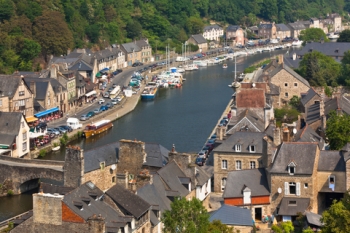 Located on the northwest corner of France, the Province of Brittany combines rugged coastal beauty with a music, culture, cuisine and language all its own. The peninsula, for centuries a part of Britain (hence the name), combines craggy coastlines, historic castles, picturesque forests and a vibrant folk music scene to create a memorable vacation spot for most any visitor.

Brittany's history
Brittany's history differs from the majority of France. The peninsula was a Celtic colony until it was annexed by France in 1532. Thus, the region has many similarities with Ireland and England as well as a native language all its own. Once part of the Roman Empire, you can still find remnants in Brittany of that era. The towns of Brittany were heavily damaged during World War II and the region was among the last parts of France to be liberated. Thus, you'll see Medieval and 19th century buildings next to modern mid-20th century buildings all over Brittany.

What to see and do in Brittany
Brittany offers a diverse array of things to do, from outdoor activities to historic buildings to exciting folk music festivals. Below is just a sampling: 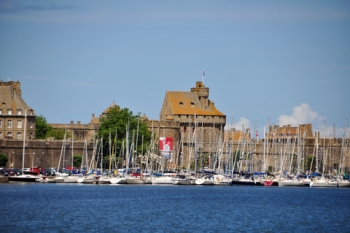 Brittany is home to many regional music festivals. These include the Festival Interceltique de Lorient (Western Celtic Music Festival), La Route du Rock in Saint Malo, the Veilles Charrues (Old Ploughs) Festival in Carhaix (a festival that attracts some of the top names in contemporary music of all genres) and the three-day Transmusicales de Rennes.

In addition to festivals, cities and historic sights, Brittany is a great place to enjoy the outdoors. From white sand beaches to pristine forests, Brittany offers plenty of places to enjoy nature. There are 1,200 miles of hiking and biking trails, more than 350 miles of canals to explore in kayaks or canoes, and a fleet of larger water craft for exploring Brittany's 1,780-mile coastline.

Eating and drinking in Brittany 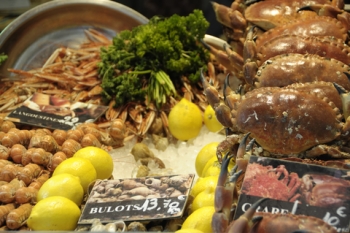 Brittany has its own distinct local foods and beverages. As you would expect for a region surrounded on three sides by water, fresh local seafood is available throughout Brittany. The region is particularly noted for its oysters and mussels and for a fish stew called cotriade.

Other Breton specialties include buckwheat pancakes, called galettes, which can be served with butter and cheese and replace bread at most Breton meals; the beurre blanc sauce, which was invented in Brittany; and a plum pudding, similar to a Yorkshire pudding, called a clafoutis.

Cider is more popular in Brittany than wine, although the region does make a kind of mead-like wine with honey, called chouchen. 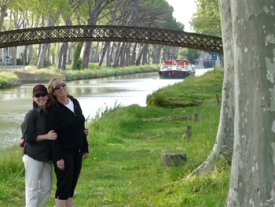 Libje. A barge cruise allows you to see the French countryside at a leisurely pace and one price includes accommodations, three gourmet meals daily, all beverages including wine and entrance fees for daily sightseeing excursions.

This blog was brought to you by The Barge Connection, specialists in barge vacations since 1998. We are experts at matching you with a barge cruise that best suits your interests, lifestyle and budget. We handle all of the details, from transportation to the cruise to pre or post-cruise excursions, like a trip to Brittany.