Bastille Day in France, a Memorable and Entertaining Experience 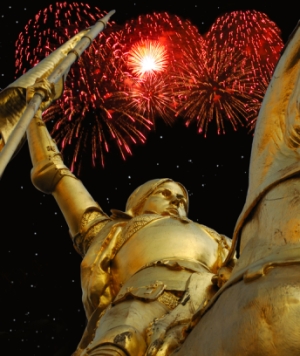 The celebrations are massive, the national pride most evident and the smiles too many to count. Add the ooh and ahh factor of colorful fireworks blazing overhead and the pomp and circumstance of military parades and you have Bastille Day in France. This is one country that knows how to party, so why not indulge?

History of Bastille Day, or as they say in France, Le Fete Nationale is a celebration of freedom. Fed up with the monarchy, on July 14, 1789 residents of Paris stormed the fortress-prison, known as the Bastille. This is where those in power imprisoned others who dared speak out against the reigning monarchy. The idea was to set the prisoners free.

Stockpiles of ammunition and gunpowder were also kept in the Bastille. Rumors were circulating that the royal military was planning an attack on the people of Paris. Another reason for the uprising was to secure some of this firepower as protection for the general population.

Blood was spilled on both sides during the fight. Ninety-eight of the attackers lost their lives. The defenders of the Bastille saw a lighter casualty count but the Governor de Launay and Mayor Jacques de Flesselles met their end. On August 4 feudalism was finished. A few weeks later on August 26, the newly freed citizens of France issued their proclamation, the Declaration of the Rights of Man and of the Citizen. This document would later form the basis of the French Constitution.

The first Fete de la Federation was celebrated one year later, on July 14, 1790 and the 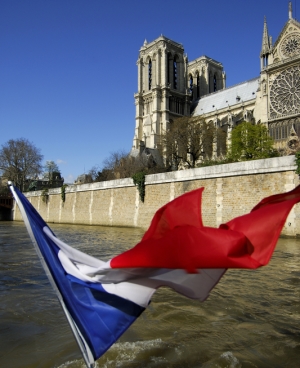 French people haven’t missed a year since. Those who immigrate to other countries often take their celebration with them. An example is Montreal, Quebec, Canada, where Bastille Day celebrations are held at the Union Francaise each year. San Francisco and New Orleans are just two of the major population centers in the United States that celebrate this very French occasion. But a real treat is to experience Bastille Day in the city where it all started, Paris.

Paris Throws a Party
It wasn’t until 1880 that Bastille Day became a national holiday in France. The Bastille Day Military Parade marched through the streets of Paris for the first time that July 14. Except for a few years during World War II, the parade has graced the Champs-Elysees each year since 1918. It marches from the Arc de Triomphe to the French President’s viewing stand at the Place de la Concorde. Foreign dignitaries are often in attendance. Foreign troops are sometimes invited to march in Europe’s oldest peacetime military parade. Nearby towns, such as Belfort and Toulon host smaller parades, but it’s the Paris version that is broadcast throughout the country and beyond.

After the parade revelers attend firemen’s balls and find a spot for the fireworks display. Some of the best views are from the Champ de Mars, the Place de Breteuil or the Parc des Buttes Chaumont. Get there early, settle in, get to know your fellow partiers and prepare to be entertained.

Other Fun Places to Celebrate Bastille Day Bordeaux, roughly 300 miles southwest of the Parisian lights, has plenty going for it year round. A designated UNESCO World Heritage Site, the city is blessed with architecture dating back to the 18th century, the picturesque Garonne River and vintners producing wines appreciated the world over. The Bastille Celebration includes a series of balls, a July 13 picnic in the Parc Simone Signore and a French-flavored outdoor party on the Esplanade des Quinconces on July 14. Fine wines, delightful food and world class entertainment are just part of the fun.

Carcassone, another UNESCO World Heritage Site, puts on a fireworks display each Bastille Day that draws more than 700,000 spectators. The Old Port of Marseille hosts fireworks shows on both July 13 and 14. Montpelier starts its celebrations a day early with a number of events at the Place de la Comedie. On Bastille Day itself the Domaine de Grammont turns into one giant outdoor picnic venue with food stalls, roving entertainers and merchants. The party is still going when the fireworks go off close to midnight. 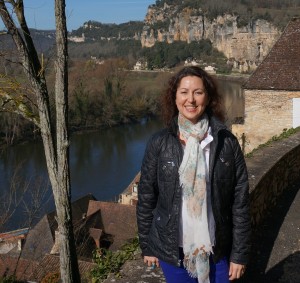 canals that runs through France. You unpack once, stay in a comfortable stateroom and enjoy the company of fellow passengers. On Bastille Day you and your “barge family” can celebrate together.

If you have a chance to visit France during this national holiday you’ll definitely enjoy yourself. You’ll also come away with a better understanding of the French people and their reverence for equality and freedom. Yes, it is France’s party, but you are invited and most welcome.

This blog was brought to you by The Barge Connection, specializing in barge vacations since 1998. We offer a variety of barge cruises throughout France and other parts of Europe.