Have you been to Paris? Have you already explored the Riviera? The Bordeaux wine country awaits, and what better way to tour this historic region of France than with a slow-moving barge cruise. Rather than rushing around on a bus tour, you'll glide through the inland waterways of southwest France, giving you a unique perspective on this scenic part of the world. 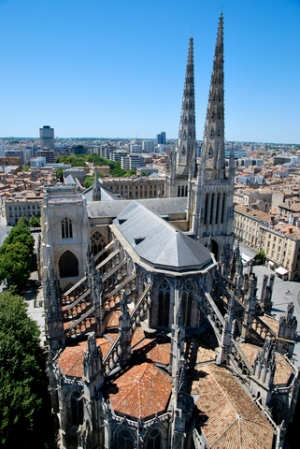 Located about 300 miles southwest of Paris, Bordeaux is best known for producing the wine that bears its name. In fact, the Bordeaux wine district produces more than 25 percent of France's wine, more than 475 million bottles annually . However, the city of Bordeaux and the surrounding region offer much more than wine. As the capital city of the Aquitaine province of France, Bordeaux has been an important commercial city since the days of the Celts. Many cultures have left their marks here, including the Romans. Just outside of Bordeaux, the impressive cave paintings at Lascaux are some of the earliest artwork in existence. Home to more than 1.1 million residents, Bordeaux successfully combines the modern with the historic.

A Typical Bordeaux Barge Cruise
A typical barge cruise of the Aquitaine region embarks in Bordeaux and delves into the small waterways of the Garonne. Traveling at a leisurely pace, past vineyards and relics of the Aquitaine's past, you'll stop to visit wineries, local farmers' markets, a 13th century abbey and a Roman aqueduct.

Barges that cruise this region offer accommodations for smaller groups of four to six passengers plus the crew. However, that doesn't mean these vessels are not luxurious. Cabin amenities include modern en-suite bathrooms with showers, hairdryers, light and airy décor and individual air-conditioning. Of course, all of your meals, beverages and daily excursions are included. Unpack and relax as you discover a new area of France by barge.

Colibri Cruises in Bordeaux for 2013 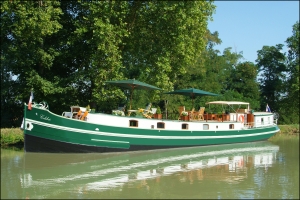 For 2013 we are happy to announce the charming four-passenger Colibri will be cruising from Castets-en-Dorthe to Serignac-sur-Garonne between Bordeaux and Toulouse. Another delightful barge cruising in this area is the six passenger barge Saint Louis. She will meanderer the waterways between Agen and Montauban.

Make the Most of Your Barge Trip with a Pre or Post-Cruise Package
Get more out of your barge cruise vacation by extending your trip with a pre-cruise or post-cruise package. Since you'll be 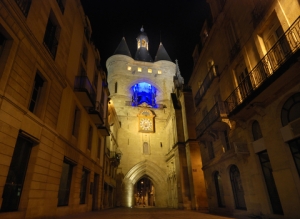 flying into Paris, why not stay a few nights in the "City of Lights" before heading south to Bordeaux? Everything is seamless when you book your arrangements with The Barge Connection. You'll be met at the airport in Paris and whisked to your hotel. When it's time to head for the cruise, you'll be driven to the rail station and put on the high-speed train to Bordeaux. There's even time for an organized walking tour of Bordeaux before you board the cruise. We can add as many days before or after your cruise that you wish.

Barge Cruise with the Barge Connection 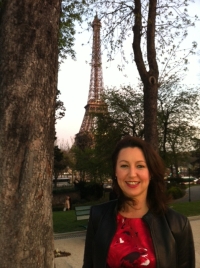 The Barge Connection is one of the top barge cruise specialists in the United States. In business since 1998, we work with several dozen barge vessels of all sizes and configurations. We offer cruises within eight European countries, including France, and are expert at matching you with the barge vacation that will best suit your budget and interests. We now also handle travel arrangements before and after your cruise. You only have to make one call. What could be easier?

Golf Barge Cruises in Scotland
The Language of Occitan in France